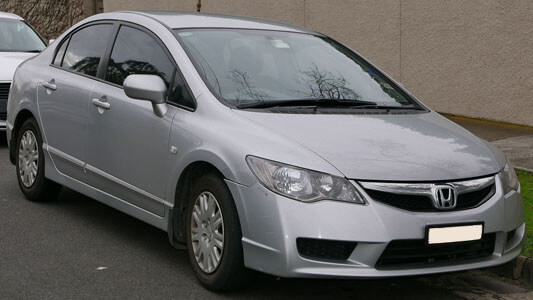 The Honda Motor Company which is generally known as an automobiles manufacturer is/ was in fact the world’s eighth largest automobile manufacturer (as of 2015). The company also has its roots buried deep in other industries, however most of which related to mechanical, electrical and combustion engines in one way or another. The company has also held the top spot of being the largest motorcycle manufacturer in the world since 1959 with production reaching approximately 400 million as of at the end of 2019. The company has extended its business involving garden equipment, personal watercraft, marine engines and even power generators among other products. The company has also been actively involved in R & D revolving around artificial intelligence and robotics resulting in the release of the ASIMO robot at the turn of the century.

The founder of Honda Soichiro Honda was intrigued by automobiles and eventually found a position as a mechanic at a garage called the Art Shokai garage where Honda’s job was to tune cars for races. It was not until 1937 with a little financial help from an acquaintance Honda founded Tōkai Seiki that produced piston rings and manage to secure a contract with Toyota to supply piston rings. However, due to the poor quality, the contract was lost which triggered Honda to understand the quality requirements of Toyota’s and by 1941 Honda was able to produce piston rings on a massive scale which was acceptable to Toyota. As the war ravaged and the factory destroyed Honda founded the Honda Technical Research Institute in 1946 with a 12 men as employees involved in building and selling improvised motorized bicycles using 50 cc Tohatsu war surplus radio generator engines and when the engines ran out, Honda moved towards building their own version of the engine which kicked of the Honda legacy which until today has been the core principle of the company – turn failures to successes. This attribute can be seen in the company’s approach towards recalling faulty or flawed production runs and how the company presents its recalls as car for customers more than they are production errors.

Over the last few years Honda repair recalls have been issued affecting approximately 22,366 owners across eight specific Honda model involving a flaw within fuel pump assembly component. These models were the 2018 Honda Accord, 2019 Honda City, 2018 Honda Civic, 2018-2019 Honda CR-V, 2018 Honda HR-V, 2019 Honda Jazz, 2018 Honda Civic Type R and the 2019 Honda NSX. The fixes were relatively simple and most were accomplished without causing much inconvenience to the owners under ‘Honda Customer Satisfaction Protocols’ which sets a benchmark that even companies such as Auto Bavaria take after. Customers are recommended to avoid making repairs themselves using their Honda factory service manual and instead return the cars to the dealer for repairs. Recalls are actually quite common across the board for auto manufacturers usually due to sub-contracting whereby third parties contracted to produce certain components drop the ball and when this happens, it is the brand that suffers the negative impact on the brand’s reputation.